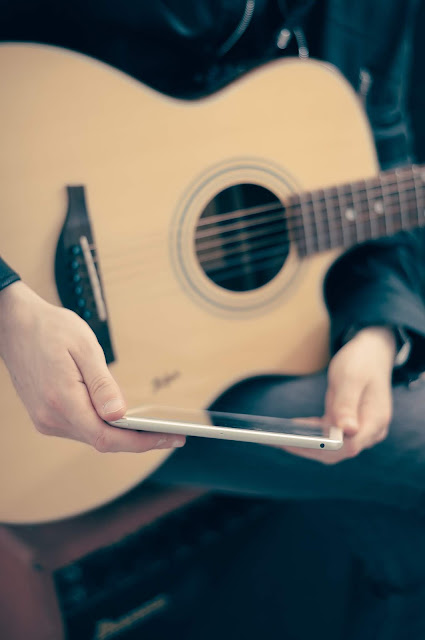 There is no doubt about the fact that mobile app development is certainly creeping into every industry and there will be time when there will be an app for just everything! Well, there are already too many apps that the every mobile app creator wants to create something so different that it attracts more and more app users.

Why should you care about stepping into music app development?

If we look at the statistics, it’s not surprising to see that the entertainment, especially the music app industry in IT is getting really famous. It’s a great way to get popular if we look at the trending apps. For example: Gaana.com is the most popular live music streaming app in India. It lets people browse from almost all the categories of music ranging from religious to English, to Bollywood music or single! There is no limit to the regional music that can be played online and a playlist can also be created for easy listening to the music again and again after the user registers on the app.
So, you see that there are so many ways that a mobile app development company can create the app integrating popular features and taking hints from the famous music streaming apps. Undoubtedly, people prefer to listen to songs with their own preferred mode of entertainment. Some like to go online and find the latest songs to play and some like to download songs and listen to them anytime they want.
But, the most popular mode of streaming music is certainly a music app with live streaming as it’s much handy and lets the users to play as they like.
Nowadays, mobile apps for music are not just about playing music, it’s also about offering some great options to the people so that they can read the lyrics as the song plays as well as know more about their favorite tracks, as in facts and figures!

Facts and figures about music app industry in U.S.

●If we go by the statistics about music industry, it will be right to say that the business revenue from the music app industry is too big to fail, so there are no risks involved in creating such apps.
●The business in the music industry is rising with so much speed, that it rose to threefolds in just a few years’ time!
Genius is an app which lets the people share the music along with lyrics and annotations. This has become popular with the people in such a short time that every mobile app development company is excited enough to introduce such features into the apps. Available in the Apple App Store, this app is being downloaded in great numbers already.
Why is this app so popular is because of the fact that the people are able to share the music with lyrics in an easy to browse format such as Instagram and Snapchat- which are already a big hit in the app industry without any doubts for sure.

Which features make famous music apps stand out from the crowd?

To provide a different kind of platform with features that are unique to the users of the app and the app which has been not created until now, requires a certain level of professional status on the part of the mobile app development company that is hired for creating a music app by an entrepreneur.
There is no doubt about the fact that a music app should be seamless for the users to use it and listen to the songs without any hindrance. After all, people listen to the songs for relaxation and any hindrance or hampering of the songs streaming is never a pleasant experience for the users of the app.
It is also a fact that people who are most interested in the entertainment on smartphones are most likely to download the music app so that they are able to listen to seamless streaming of the music app. If you are offering a paid app, it becomes all the more important for you to give the best music experience possible and that too at affordable rates.

It is always very helpful and relaxing for the users of the app to read the lyrics of the song as well as listen to the song at the same time. There is a music streaming app known as Genius, which lets the users to not only listen to the song but also read the lyrics at the same time. This may not seem to you to be the only app that lets you read the lyrics of the songs but also listen to the song at the same time. This app, we are focussing on today has added functions or features.
Without any wait, let us tell you that this app, while playing a certain song, flashes on the screen the facts about the songs and the artists. These facts are completely verified by the artists. This is quite an interesting feature for an app. Isn’t it amazing to add some extra feature to the app so an experienced mobile app creator would only be able to create an app that the users will be able to connect with it easily. Otherwise, there are enough music streaming apps which the people can download and use. But, people are smart enough to distinguish between good apps and bad apps once they download the app.
2. Ensure compatibility with other music platforms such as Google Play:
The app should offer compatibility with all other music platforms, such as Spotify, Apple Music, Google Play and more. The mobile app users should be able to integrate their own music player.
For example, if they want to listen to a soundtrack from another app, there are several options, we just want to give a hint here that the app should be flexible enough to handle the load of other integrations as any such hurdles with using other apps can easily annoy the users of the app and it takes less than 10 seconds for the user to decide between keeping or not keeping the app installed on their smartphone. In addition, this can be said to be one of the most attractive features. These features can be included by creating music applications such as Genius, Spotify, Google Play, etc. In addition, users can browse popular songs and use the best playlist applications to find the comments of their favorite songs.
3. Identifying songs easily:
Having a smart search option will help the people to listen to songs while they easily get their searched song. This smart feature that the app should be able to identify the songs from the random lyrics helps the users of the app to find their song and play it without losing much time on the search. This time-saving function is very popular with these types of apps and it can be added with the AI functionality in the music app by the mobile app development company. If you want to create an app that recognizes music, it’s important to pay attention to this feature. Well, this function recognizes music, users can recognize random songs. It helps users identify songs with one click.
4. Emojis lyrics to iMessage:
The Genius app creates an application extension to share lyrics with iMessage. This feature allows users to make calls with iMessage (a popular instant messaging service developed by Apple).
In addition, users can create emoticons to share with iMessage friends, via a social network such as Instagram, Facebook, Twitter, via Slack or email.
Tips on hiring a company for a music streaming mobile app:
So the most crucial thing about making a successful music streaming application, such as Genius, is the logical way to implement smart habits and stay in action. The app “Genius” is growing rapidly, and there is no doubt that it is different from other app music applications. To take advantage of these features, you can create your own music application to recognize music like Genius. Hiring a professional mobile app creator is a great idea to get started but make sure a brainstorming session is conducted properly to get into the ideas related to the app. If these things are ignored right at the start of the process, things can’t be mended in the future.
It is very common that you will have many questions in your mind – how can I start developing music and lyrics app with a limited application development knowledge and technical skills?
Or how much does it cost to stream music streaming?
Find a reliable mobile application development company that has developed similar music applications in the past as well as they should be able to show you the portfolio of their work. You should also ask them if they are able to design and develop the app in a short span of time. If they are not able to complete the app development process in your deadline time, you will get frustrated in the midst of the whole process.
There are no doubts about the fact that creating a music streaming app can be costly on your pocket but what is you don’t find a company who can create the best app for you. You must research on the mobile app development companies list available in your locality or search on Google to find the best ever company with a talented team of developers to help you in thick and thin of the development process. You must be free to discuss about your ideas with the project managers of the company as it is the most important thing ever.
Categories: AndroidiphoneTechnologyTechnology and AppTechnology News SBXHRL: Learning Every Aspect Of The SEO Tool

Sbxhrl could be a good investment for your company website, but only if it fits your blog or eCommerce store. As you can see, there are numerous benefits to using sbxhrl, and it can assist Read more… 4 Ways that Technology can Improve Your Customers’ Experience

While people may have mixed opinions on whether technology is a good or a bad thing for business, there’s no denying that, despite some of the downsides to technology, there are also many benefits that Read more…