Published by Mark Simons on 1:03 pm 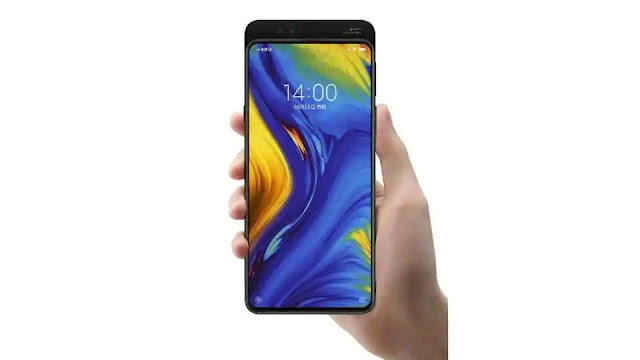 With the launch of more Android powered 5G smartphones in the market, the Android App development is going to be even more popular as more people will now need more Android apps which run on these smartphones. The Mobile World Congress (MWC) 2019 (From 25th Feb – 28th Feb 2019) is going on in Barcelona, Spain with so many companies including smartphone manufacturers like Xiaomi, Samsung, LG and others are taking active part in it. With 5G around the corner, connectivity is one of their main theme of this event. MWC 2019 says in its website, “5G will create speed and flexibility to allow for far greater services and performance with higher reliability. Connectivity highlights the requirements needed to make 5G a reality, from implementation, business models, spectrum and regulation, to the challenges of working with diverse markets.”
That’s why many companies have launched their 5G handsets first time in the market in MVC 2019. The main attraction of MVC is the launch of 5G smartphone by Xiaomi. Leading smartphone manufacturers are delivering revolutionary handsets which can tap into the true potential of 5G. Xiaomi, LG, Huawei, and other industry players have already begun touting their 5G smartphones.
As all of these smartphones are Android based hence the demand for Android App Development Services is expected to rise even further. In this year Mobile World Congress, Xiaomi has unveiled its 5G variant Mi Mix 3. Xiaomi says with this you will get blazing 5G speeds, for a price you can afford. Although Samsung, Huawei and Oppo already launched their 5G devices, Xiaomi is the first company which has announced the pricing and availability of its 5G-ready smartphone.
Xiaomi says that the Mi Mix 3 5G can be bought for 599 Euros. Except for the addition of Qualcomm’s Snapdragon 855 SoC along with the X50 modem, it shares the same specs as Mi Mix 3. Xiaomi had launched the Mi Mix 3 in China for 3,299 Yuan in October 2018. Its 5G variant has a 6.39-inch Super AMOLED display with a resolution of 2340*1080 pixels and Gorilla Glass 5 protection.  As we said previously, the Mi Mix 3 5G would have Qualcomm’s Snapdragon 855 SoC along with an X50 modem.
The non 5G variant launched last year runs on a Qualcomm Snapdragon 845 SoC. The Mi Mix 3 5G has a dual-camera setup both on the front and back. It sports a 12MP wide-angle sensor and a 12MP telephoto lens on the rear and 24MP and 2MP selfies shooters. Xiaomi’s Mi Mix 3 5G is a bezel-less phone, and the company has opted for a slider mechanism for its front cameras. The phone has 3,200 mAh battery and runs on Android 9 on top of MiUi 10 skin.
Actually Xiaomi announced the Mi Mix 3 in China at the end of October 2018, then for the U.K. in early 2019. Now, at MWC 2019 the 5G version has been properly announced.

A 5G version of the Mi Mix 3 has been teased even before the phone was even official. The final announcement came at the MWC 2019, alongside the Mi 9. The 5G Mi Mix 3 has Qualcomm X50 modem alongside the Snapdragon 855 processor, and will connect to a Sub-6GHz 5G network rather than an mmWave network. Xiaomi says this will facilitate data speeds 10-times faster than 4G LTE. Most of the specifications are almost identical to the standard Mi Mix 3 except that Xiaomi has integrated a larger 3800mAh capacity capacity battery and it admits that there is a slight difference in size and weight too. Xiaomi has collaborated with with several networks including Three, Orange, TIM, and Vodafone on the development of the 5G Mi Mix 3. Xiaomi says it will start selling the 5G Mi Mix 3 in May for 600 Euros or about $680. A blue or black version will be available.

The Mi Mix 3 will definitely attract you thanks to its massive screen, which Xiaomi says has a 93.4 % screen to body ratio. Xiaomi has made it possible without the use of a notch too, as the selfie camera has been hidden inside a slide-up section, which you can flip into view using only your thumb of your hand. Xiaomi has used carefully calibrated magnets to get the feel of this action just enough i.e. not too much force and just enough pull to make it effortless and easy. Lab tests have pushed it to 3,00,000 cycles without any issue as Xiaomi claims. Hence durability of Mi Mix 3 5G is not at all a matter of concern. Important thing to note here is that don’t dismiss the slider as only there for when you want to take a selfie as it can also be used for many of its other functions for example to answer calls, or to deactivate notifications when you are playing a game, or even take a screenshot. There are actually 2 camera lenses in the module, a 24-megapixel primary lens and a 2 megapixel secondary one, ready to take bokesh-style selfies. Xiaomi also includes its Super Pixel technology, where four pixels are combined into one for better low light selfies and pictures.

Mi Mix 3 back side has a dual-lens camera, both with 12 megapixels. It is identical to the setup used in Mi 8. Some of its features include 4-axis optical image stabilization, 4k video recording, and slow-motion video. Good thing is that the cameras on both the front and rear make good use of Xiaomi’s Artificial Intelligence or AI features, with screen recognition, studio lighting effects and AI driven beauty modes. The Mi Mix 3 5G smartphone also has a hardware button for calling up a voice assistant which is available in 7 different Chinese dialects. It is Xiaomi’s own Xiao AI Assistant, similar to Google Assistant with some of its more distinct features.
To give power, the Mi Mix 3 has a Qualcomm Snapdragon 845 processor and depending on the version you choose to buy, upto 10 GB of RAM – a first for a smartphone. Another good thing about Mi Mix 3 is that it comes with a wireless charger in the box, as the device supports 10w wireless charging. The body of this smartphone is made from ceramic (which is a Mi Mix tradition) with an aluminum chassis and comes in black, sapphire blue or jade green. Kindly note that if you want to get the 10 GB RAM then you will have to buy the sapphire blue version created with the Palace Museum and featuring an engraving of Xiezhi which is a creature from Chinese legend and old story.

As we know that Xiaomi is the world’s leading organization in the Smartphone space and the top company in 5G smartphone market as it has unveiled its flagship 5G phone Mi Mix 3 in the ongoing Mobile World Congress in Barcelona. Let’s now know more about this firm i.e. Xiaomi Corporation. Xiaomi was founded in April 2010 and it was listed on the Main Board of the Hong Kong Stock Exchange on 9th July, 2018 (1810.HK). At the core Xiaomi is an internet company with smartphones and smart hardware connected by an IoT platform in the center. Xiaomi has the vision of being friends with so many of its users and become the coolest company in the hearts of its users. Xiaomi is fully committed to continuous innovation, with an increased focus on efficiency and quality. The company has been doing incredible research in this direction and continuously building amazing products with affordable prices to let everyone in the world enjoy a better life through innovative technology. Right now Xiaomi is the world’s 4th largest smartphone brand, and has established the world’s largest consumer IoT platform, having more than 115 million smart devices connected to its platform which excludes smartphones and laptops. Xiaomi products are now available in more than 70 countries around the world and it is a leading and top company in many countries. With this launch of its Xiaomi Mi Mix 3 5G smartphone it is expected to take more lead in many markets wherever it will launch this smartphone as it will also get a first mover advantage as there are not many 5G handsets right now available in the market.
Categories: AndroidTech NewsTechnologyTechnology and AppTechnology News