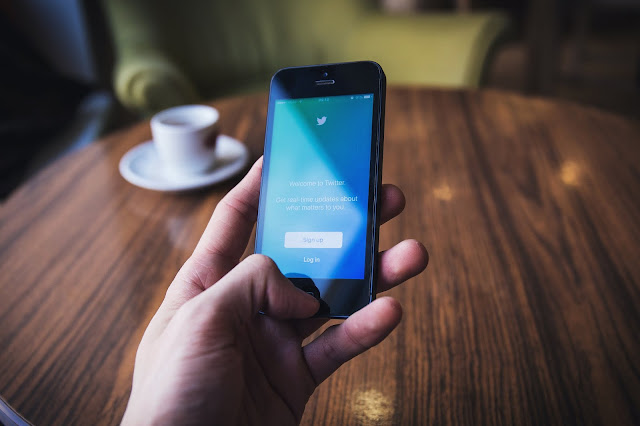 We have already seen the success of Facebook Messenger, WhatsApp Groups and much more with the support of mobile application development and interesting app ideas these days.
Twitter is something that has always managed to carve a unique niche as a “micro-blogging” website or a social network which is far away from the daily nuances of Facebook-like social networking websites. We can differentiate Twitter and Facebook in the sense that Facebook connects you to your friends and nearest circle in the way of sharing your daily life and some popular (viral) news. On the other hand, Twitter connects people with national and international news as well as friends and family. The simplicity of Twitter lies in the fact that it has always limited the characters in the status of the post or the favorite of all “tweet”. From the word “tweet”,comes the name “Twitter”. It is the creativity of each and every mobile app developer that creates such awesome apps with some really cool and exciting features that become the best ones for the user and helps in retaining the users of the app. To simplify the features of one website or an app into a conversation-type app provides a sense of coziness to talk to your near and dear ones and twttr seems to be that one cozy zone that people will love to use. It has just been launched on March 11 and people already seem to love it. This is because this safe place to share your thoughts with one to one or groups was missing from Twitter with limited characters on the posts and statuses.

But, as the mobile application development progresses forward with many new technologies and tools, there is no restriction on the unique and innovative ways the apps are built nowadays. One such masterpiece seems to be the app that we are talking about here is “twttr”.
Has “twttr” been launched in full swing or in testing mode?

“Twttr” has actually been launched for testing waters in the market. Claims on improved conversation features on this microblogging app, the giant company Twitter has launched “twttr” where users can join and they have welcomed the Twitter users or the fanatics to test it for better efficiency and improvement.

Official Announcement regarding the prototype “twttr”:
The first ever official announcement about this app was made in the month of February. Testing this app in itself is such a big thing for the users of Twitter that a group has been created by the first group of the users today. The group is named as #LetsHaveAConvo so that the features can be tracked and the best ones can be kept and the good ones can be made better through improvement on the part of the mobile app developer who is expert enough to handle the development of the app.

The official team themselves tweeted to look out for the groups who would participate in the same thing.

We have seen many apps that are copying each other just because they have the notion that all conversational apps should look same. We are quite impressed by the different outlook here in the form of color-coded conversations.

Well, the market and the groups have placed this feature if the “twttr” app on the top of the lists of the features. Colors have specially given a fresh look to the whole scenario.

Grey and blue remains dominant colors. The person who posts the initial tweet sees all his own responses in the grey color while the responses and answers from the followers and other people will come in blue. This takes the mobile application development to the next level possible and makes the app quite clutter-free. Who doesn’t like clutter-free posts and replies to it. Colors make things more clear and easier to define from other things.

However, not all test properties can be used in the final product. Only iOS users can try “Twttr”. It is not clear when the prototype application will cover Android users and network users. “Twitter said most of the prototype project participants were English or Japanese,” CNET added. Those who were chosen to join the program were asked to use “twttr” as their most important Twitter application.

Twitter’s new prototype application is available today from the first testers and announced this afternoon. The prototype app Twitter called “twttr” was first introduced at the CES conference in January this year by returning its first name. Its purpose is to provide a more experimental test space for Twitter, where companies experiment with new ideas outside existing public networks, receive feedback from testers and build on what they have learned.

Initially, the new twttr app focuses on testing new chat features. As the company has shown at CES, the prototype application shows different forms of response. The conversation itself has been rounded and deepened to make it easy to understand. Participants, sharing options, and other hidden information are hidden to make them easier to read with long threads.

And especially the different answers are color-coded so that they can be defined in the original declaration and the Twitter user you care about. This means giving a better visual image to readers who try to track longer threads, usually in the left and right conversations. Over time, Twitter can use the prototype application to test other changes in the product in mobile application development.

For example, a company has tried the status update field and innovative ideas in your tweets to facilitate dialogue. Twitter says everyone does not accept the prototype application testing plan. As long as you follow the rules of Twitter, only thousands of English and Japanese are called. But because no one is under the NDA, testers can discuss what they saw on Twitter and give their ideas more feedback. Twitter said within a few days that the first testers will receive an email invitation. Upon receipt, the user has clicked on the link to confirm their participation and then wait for Apple TestFlight to send the invitation.

Twitter’s new prototype app “twttr” -How to continue with the testing of the “twttr” app?

You can download a new twttr app and use it instead of the main Twitter application while sending information about the new look with the #LetsHaveAConvo tag. Testers can also send feedback on online forms.
Before it was announced today, the twttr application was actually discovered, but it wasn’t very popular at that time.

Twitter is trying for years to find a way to improve interaction on that platform. Not only are they difficult to follow, they are visually involved in trolling and abuse. This is a problem that may try to resolve other changes in the product, from the enhanced reporting process to the newly hidden hidden tweet on Twitter. The new prototype application will not immediately handle online abuse. As a side-effect of redesigning threads in the conversation, it may be better to provide useful comments than to reduce online conversations.

However, most applications focus on product changes that are necessary for user feedback, such as redesigning conversations. “The spirit of [the prototype testing plan] is as follows: Can we develop more people and attract more people quickly?”

Twitter Product Manager Sara Haider explained in January I did. “We need more signals during the development process.” The application is “very important”, as Twitter has described in the tester’s email. “These test versions don’t always include all the familiar features. You see something and it can be lost.” Twitter has said that those who have not yet applied for a new application can still do it. The application was opened last month and is open today. Twitter today launched a new prototype beta application “twttr” that users can choose from. According to Twitter, the purpose of the application is to test future Twitter features, especially those designed to “become easy to read, understand and participate in discussions”.

According to TechCrunch, the first new features tested through Twttr include Twitter discussion and response design. Every mobile app developer is quite excited about the features and let’s see in some days what outcomes is seen. Earlier this year, Twitter revealed these features for the first time and offered a response to the interface thread. Initially, the new twttr app focuses on testing new chat models. 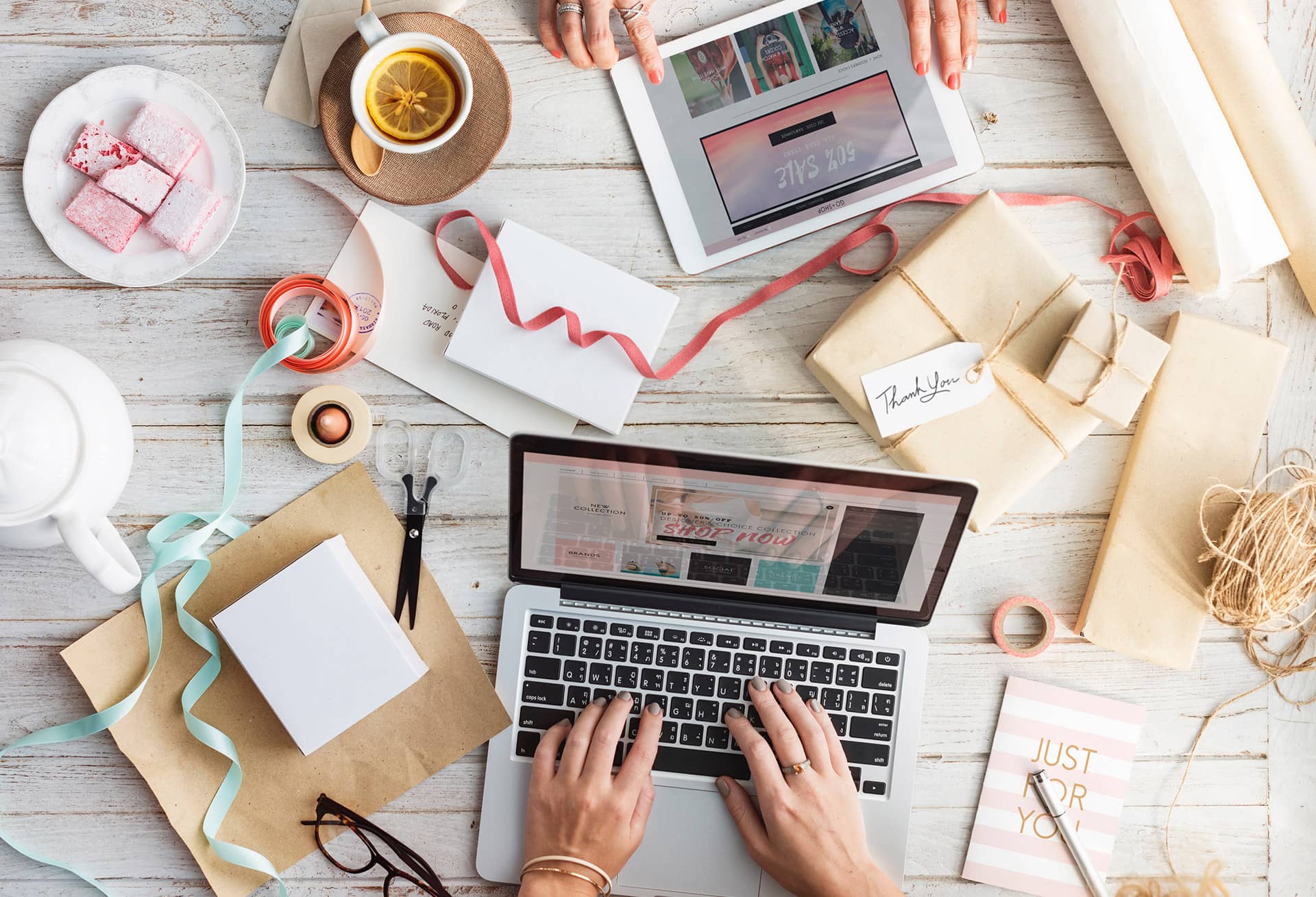 No-code apps are defining the new trend of workflow automation

Any organization, no matter what the size, large or small, there is always a wide variety of workflow involved. Whether it is the recruitment process, getting the employees on-board and familiarizing them with the processes, Read more… 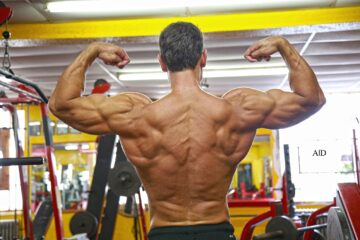 If you want to live a healthy and fit life, you need to follow some fitness tricks. But people are not able to invest much time due to a busy work schedule. To reduce this Read more… 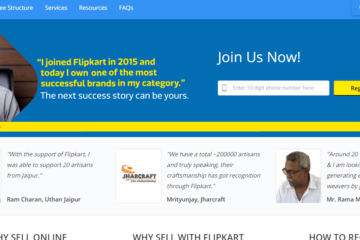 How to be a seller with Flipkart?

As a business owner, one of the crucial goals to grow your business while making a decent profit. Well, if you are located in a prime location, you may have good brand popularity in that Read more…